The New York Post has an article today about Verizon’s potential interest in acquiring SiriusXM Group.

I am quoted in this Chicago Tribune article: “Working at Kraft Heinz means competition, cost-cutting, and for some, reward”.

“I think (Kraft Heinz) has had a beneficial impact throughout the industry, pressuring other companies to operate more efficiently. … The downside, of course, is when you go to zero-based budgeting, some jobs will be lost,” said David Kass, a finance professor at the Robert H. Smith School of Business at the University of Maryland, who is also a Kraft Heinz shareholder.

I am quoted in a TheStreet.com article on the possibility of Kraft Heinz acquiring Colgate-Palmolive or Mondelez International.

Cook’s comments, reported by the New York Post, suggest there’s a strong possibility that a friendly deal for Colgate-Palmolive could be struck reasonably soon, said David Kass, a clinical professor at the University of Maryland’s business school who follows Buffett and his company, Berkshire Hathaway (BRK.A) . The New York-based company could be attractive to Kraft Heinz, 3G Capital or Berkshire, Kass said.

One possibility is Buffett and 3G partnering to finance Kraft’s purchase of Colgate-Palmolive for as much as $85 billion, a premium on the company’s current $65 billion market capitalization, Kass suggested.

“It would be consolidated into Kraft-Heinz, and 3G would bring in its own management team,” Kass said. “3G Capital would want to acquire it if it felt that it wasn’t efficiently run and if they thought they could introduce efficiency.”

That theory is buoyed by the fact that Buffett and 3G have worked together before — on the purchase of Heinz, which predated its merger with Kraft. The combined company also has some synergies with Colgate-Palmolive. Colgate garners a large percentage of its sales outside the U.S., and it could use its international distribution chain as a channel for Kraft-Heinz, which has a much smaller international presence.

The merged companies would also benefit from some economies of scale with U.S. retailers that sell both Colgate’s household products and Kraft Heinz’s food and beverages.

“Mondelez’s effort to buy Hershey suggests that it may be interested in buying something else as a defensive measure, so that they may be more difficult for someone like Kraft Heinz to swallow,” Kass said. “Mondelez has more international exposure than Kraft Heinz and putting the two together would open up more markets abroad, while bringing more domestic markets for Cadbury.”

In an SEC 13F filing after the market closed today, Berkshire Hathaway reported several major changes in its portfolio, including a $20 billion position in Apple (129 million shares at closing price of $155.70) and a large reduction in its investment in IBM, both of which were revealed earlier.  Berkshire also disclosed a 50%, or $500 million, increase in its stake in Bank of New York Mellon, as well as the elimination of its $250 million position in 21st Century Fox.  There were also minor changes made to its almost $10 billion investment in the four major U.S. airlines (American, Delta, Southwest, and United Continental).

I was quoted in a Bloomberg article on these portfolio changes:

“Buffett has an overall optimistic outlook for the economy and the stock market,” said David Kass, a professor at the University of Maryland’s Robert H. Smith School of Business who has taken students to meet the investor. “This is consistent in that direction.”

I am quoted in a Robert H. Smith School of Business (University of Maryland) article on Warren Buffett’s comments at the Berkshire Hathaway annual meeting on health care and corporate taxes:

Health insurance – not the U.S. tax code – is “crippling our business around the world,” Warren Buffett said during Berkshire Hathaway’s annual shareholder meeting on May 6, 2017, in Omaha.

In what New York Times columnist Andrew Ross Sorkin described as a “blunt” and “implicit rebuke” of his fellow chief executives, Berkshire Chairman Buffett said business leaders would be smart to shift their focus away from their tax bills and toward health care costs, which have been rising at an alarming rate, devouring profits. He blasted the recently passed U.S. House bill to repeal and replace Obamacare, and touted the broad benefits of a single-payer or universal type of health coverage for all U.S. citizens, perhaps with an opt-out provision that would allow the wealthy to choose a more bespoke plan.

Clinical Professor of Finance David Kass at the University of Maryland’s Robert H. Smith School of Business attended the Berkshire meeting, along with faculty colleagues Elinda Kiss and Julie Pavlovsky, and 10 Smith finance students. The annual meeting is an annual tradition for Kass, who has taken students to the “Woodstock of Capitalism” for the past 10 years.

Buffett told the crowd last weekend in Omaha that the healthcare overhaul bill provides a big tax cut for those who earn more than $250,000 per year from capital gains and would result in a 17 percent tax cut for him – roughly $680,000 of the $4 million in taxes that he paid in 2016.

Corporate taxes, he said, have declined over the past 50 years to 2 percent of gross domestic product, from 4 percent.

Berkshire Vice Chairman Charlie Munger referred to the overutilization of medical services for people he described as “almost dead,” Kass said. Munger gave an example of a Texas hospital where, he said, surgeons provide heart surgery to healthy patients. The outcomes of these surgeries are typically good, Munger explained, since the patients didn’t need heart procedures to begin with.

“Meanwhile,” Kass adds, “American corporations are disadvantaged by the statutory U.S. corporate tax rate of 35 percent, which is about double that of the likes of Germany, Britain and Canada. Furthermore, the inability of U.S. corporations to bring back profits earned abroad, without being subject to higher tax rates than our trading partners, puts the U.S. at a major disadvantage. Corporate tax reform, subsequently, is likely to play a major role in stimulating the economy to grow faster than its recent 2 percent rate.”

Kass is a former health economist for the Federal Government (Federal Trade Commission, General Accounting Office, Department of Defense and Bureau of Economic Analysis) and has closely followed Buffett’s investments and philosophy for more than 35 years. He weighs in on Buffett’s views on the healthcare and tax overhaul issues facing U.S. companies.

“A major reason for the sharp increases in U.S. healthcare costs is the predominant fee-for-service model. The more that is provided, the greater the provider’s income will be. This provides a clear incentive for the over-provision of services to patients.”

“With respect to quality,” Kass says, “technology and research have produced much higher quality of care today than in the past.”

Some of the services, he acknowledges, come with a high price tag, such as medical resonance imaging (MRI). But those services are “very beneficial to patients and have helped to significantly increase life expectancy,” he adds. “Access has also substantially improved through the 1965 introduction of Medicare, along with Medicaid and the ACA. This, too, adds to total cost. But these additional costs have resulted in substantial benefits to society in terms of life expectancy and quality of life.”

“The ACA has its problems, which need to be addressed,” Kass says. “Providers need to be discouraged from offering unnecessary services. However, access to both preventive and necessary care should not be reduced. Healthcare research and technological improvements should continue to be encouraged.”

However, Kass adds, corporate taxes and healthcare are “two separate issues and should not be conflated. They are both very important and need to be addressed.” 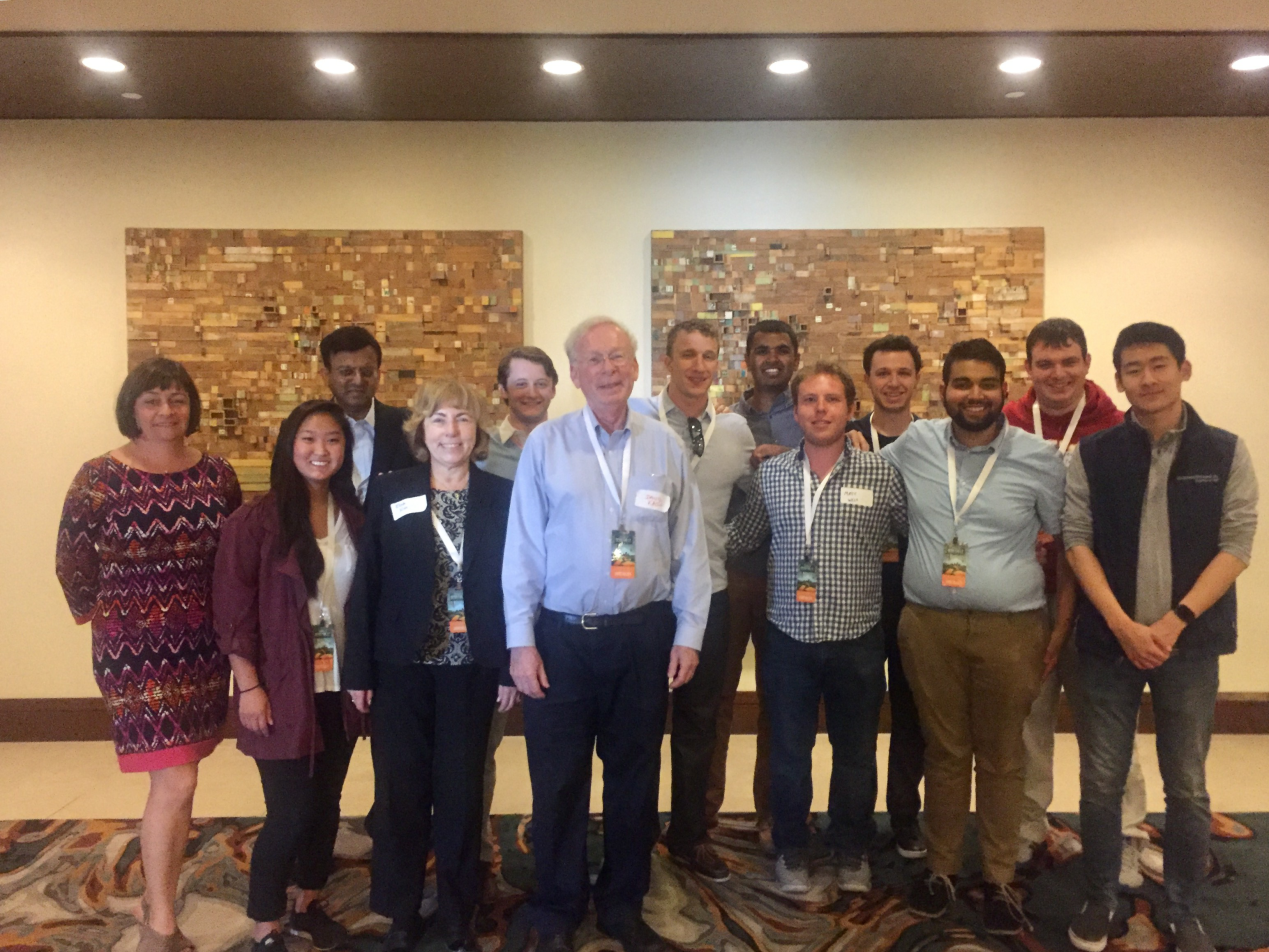