In “Warren Buffett / Transformation From 1 to 87 Years Old /  Warren Buffett Best Quotes” , I am in picture 81 along with MBA and MS Finance students from the University of Maryland.

I am quoted in this article:

With U.S. companies sitting on record amounts of cash, the multibillion-dollar question has become: What to do with it? For many companies, the answer involves returning capital to shareholders. And that means turning to one of two fundamental options: Cash dividend or stock buyback. Both have their upsides and downsides, though in recent years, stock buybacks have grown in popularity. 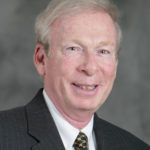 Analysts say 2018 could shape up to be a massive year for stock buybacks, with U.S. companies spending as much as $600 billion in stock repurchases. Already some corporate giants have announced significant stock repurchases, including Google parent Alphabet, PepsiCo, Amgen, Lowe’s, Cisco Systems, Visa and Lowe’s.

Even Warren Buffett is considering a Berkshire Hathaway stock buyback — a striking reversal for the CEO. For decades he has said he would only repurchase shares under certain conditions — specifically, if they’re selling for less than 1.2 times book value, says David Kass, clinical professor of finance at the University of Maryland’s Robert H. Smith School of Business. And that hasn’t happened; Berkshire is currently selling at roughly 1.4 times book value.

“To buy it now,” Kass says, “would imply that Buffett believes Berkshire’s intrinsic value is above 1.4 times book value.” Otherwise, Buffett would be destroying shareholder value.

Nonetheless, in Buffett’s annual letter to shareholders this year, he seems to open the door to a potential buyback, writing, “As the subject of repurchases has come to a boil, some people have come close to calling them un-American — characterizing them as corporate misdeeds that divert funds needed for productive endeavors. That simply isn’t the case.”

Berkshire is currently sitting on about $116 billion in cash. The money is parked in U.S. Treasuries, which Buffett has called his worst investment to date because of its low rate of return.

Buffett wants to find something to acquire or invest in, Kass says, “but he has these high standards, and he will only invest in something where there is a margin of safety and he is convinced that he is paying below intrinsic value.”

Meanwhile, Berkshire’s cash pile continues to expand, faster than the company is spending it. Kass, who has followed Buffett’s investments and philosophy for more than 35 years, estimates that the company’s cash pile will grow to more than $125 billion by year’s end, so it’s little wonder that Buffett is thinking about a buyback.

He has these high standards, and he will only invest in something where there is a margin of safety and he is convinced that he is paying below intrinsic value.

For most shareholders of most companies, Kass says, a stock buyback comes as good news. Better news, in fact, than a cash dividend in many cases. For investors holding taxable investment accounts — rather than registered retirement accounts — cash dividends would be immediately taxable. Each dollar paid therefore is something less than a dollar, maybe 85 cents.

The repurchase would presumably improve the performance of the shares over time, by lowering the supply of shares and thereby increasing earnings per share.

In a stock buyback, a company dips into the open market and buys up a lot of shares — easy as that. Sometimes, however, a firm wanting to buy shares will issue a tender offer, essentially advertising that it will buy back a certain number of shares at some specified premium over the current share price, until a specified date. Shareholders can tender their shares if they choose to.

Buffett has always said he wants to keep $20 billion in cash on hand for a rainy day. In the event of another financial crisis or a recession, he says, it will assure that Berkshire will remain self-sufficient, and never need to seek external capital. But, even setting aside $20 billion, the Omaha-based conglomerate still has a lot of cash on hand.

Another way to return cash to shareholders is via dividends. Buffett makes the point that once dividends are paid, a company sets the expectation that it will continue to issue dividends at the same level, in perpetuity. Any time a company cuts its quarterly dividend, the stock price plunges, because that’s a signal that things have gotten worse

But it doesn’t have to be that way, says Kass. Decades ago, many companies issued something called a “special, one-time dividend.”

“This was quite typical a few decades ago,” Kass says, “but it’s rare now.”

But Buffett, himself, is rare. Kass suggests that Buffett’s Berkshire could pay a one-time special dividend, equivalent of perhaps $50 billion, reducing the amount of cash on hand to roughly $70 billion.  (Note:  A $50 billion one time cash dividend would equal about $30,000 per class A share and about $20 per class B share.)

It’s an option, but one that Buffett might not be inclined to take. The so-called Oracle of Omaha has often said that Berkshire can invest far better than shareholders could or would, Kass notes.

“So that leaves us with the stock buyback question,” Kass says. “With Warren Buffett unable to find anything to buy, will he possibly decide to raise his standard, from 1.2-times book value to 1.3 or higher? I think that’s a reasonable thing for him to do.”

I am quoted in the Washington Post on the 10-Year Treasury Note.

“The 10-year is potential competition for stocks,” said David Kass, a professor of finance at the University of Maryland.

“The 10-year is very visible,” Kass said. ”Financial markets tend to focus on the 10-year rate as a form of long-term interest rates.”

A very interesting article in today’s Washington Post discusses the issue of stock buybacks by corporations.

Stock buybacks along with cash dividends enable companies to return capital to shareholders.  Stock buybacks are a tax efficient means of doing so.  Whereas cash dividends are taxable to shareholders, stock buybacks are not (unless shares are sold with a capital gain).  Since stock buybacks reduce the supply of outstanding shares, they should increase the price of these shares over time.  However, Warren Buffett has stated that a company should repurchase its own shares only at prices below its intrinsic value.  Specifically, Buffett will repurchase shares of Berkshire Hathaway at prices below 1.2 times book value.  At Berkshire’s closing price of $295,891 per class A share on April 13, it traded at 1.4 times its book value of $211,750 as of December 31, 2017.  Buffett considers Berkshire’s intrinsic value to exceed 1.2 times book value and is allowing for a “margin of safety”.

Many companies buy back their shares on a regular basis.  To the extent that these shares are being purchased at prices above their intrinsic value, Buffett would conclude that shareholder value is being destroyed.

Intrinsic value for a specific company can be estimated by performing a discounted cash flow analysis based on projected future free cash flows and an appropriate discount rate.

(Note:  This blog post has been published by Investing.com.)

This CNBC original documentary takes viewers inside the story of Warren Buffett’s extraordinary success.  With a blend of wisdom and common sense, Buffett is more than just one of the most successful investors in American history.  He’s also a teacher who has had a tremendous influence on people around the world.  Correspondent Becky Quick profiles Buffett and some of the many people whose lives have been influenced, and even changed, by his investment advice and life lessons. Some are famous, and others unknown – everyday folks, some running small ventures, who feel a connection to one of the wealthiest people on the planet.  Quick meets a young man who attributes his recovery from an opioid addiction in part to Buffett’s principles of ethics and integrity, and profiles NFL superstar Ndamukong Suh, who has been mentored by Buffett as he pursues business interests he hopes will carry him beyond his pro football career.  CNBC cameras also follow Buffett to Washington D.C., as he visits the neighborhood where he lived as a teenager and got his entrepreneurial start delivering newspapers in the 1940’s.

I am quoted in the May 2018 issue of Kiplinger’s Personal Finance – “What Would Warren Do?”

“Still, at its current price, Teva would not be the bargain for you that it was for Buffett. Teva’s average price was roughly $14.50 a share during the fourth quarter, says David Kass, University of Maryland finance professor and longtime Buffett watcher. If you bought now, you’d pay more than 30% more than Buffett did.”

h J R
@DrDavidKass Here's when the coronavirus will peak in your state The University of Washington's Institute for Health Metrics and… https://t.co/wyWcaS1rjN

h J R
@DrDavidKass It’s a Good Time to ‘Stock’ Up Amid market volatility, one thing is clear: Equities have become a good deal. https://t.co/u1hRn4uCDl